I love the subject of leadership.

As much as I like to geek out on technical calculations and engineering principles, I think that, as I age, I am finding much more reward in leading people. Leading projects. Leading teams. Teaching.

I’ll have to let the school of popular thought amongst my peers determine what kind of leader I am. I could make a self-determination and say that I’m OK at it, but certainly not great, there are ALWAYS opportunities to improve. I’ll never be a great leader, but I’ll always strive to be the best leader I can be.

So much of our business line, unfortunately, depends on failure. Learning from failure is a testament to how the engineering profession has grown from Egyptians building pyramids to today’s modern marvels.

But in-between those two extremes lies failure. Things fall down. Things break. Things collapse. And because of our intelligence, mankind has been able to learn from the mistakes that led to failures so as to avoid them.

I try to do the same for myself. But I’m not always successful.

The good thing is, nothing fell down. And actually, the failure is a non-issue and exists only in my head. But nonetheless, I know that I failed. And I know, that in the post-mortem light, I need to learn from it.

OK, so here’s the setup: This afternoon, one of the subcontractors on our project poured a drilled shaft foundation for a high mast light tower. The pour was not executed well: 2 loads of concrete were rejected. The crew was not prepared for the pour. Concrete delivery was slow all day. A pour that should have probably taken 2 hours to complete took almost the entire day.

But that’s not the failure. Well, it’s LOTS of failures, but not the one that I could control.

So the guys finished the pour and were troweling the top of the foundation. I got out to the site late to see how the pour topped out. Ken, our engineer who was inspecting the installation, told me that he had reminded the crew that they would need to cover the top of the concrete with wet burlap for curing. But because the mix was not setting up quickly, the crew would need to stay and wait for it to set before they could cover it. It was 1630 hours, the guys were tired and wanted to be done for the day. Ken contemplated letting the crew drape the top of the foundation with plastic and then, tomorrow morning, pull the plastic and place the wet burlap for the required 7-day cure. 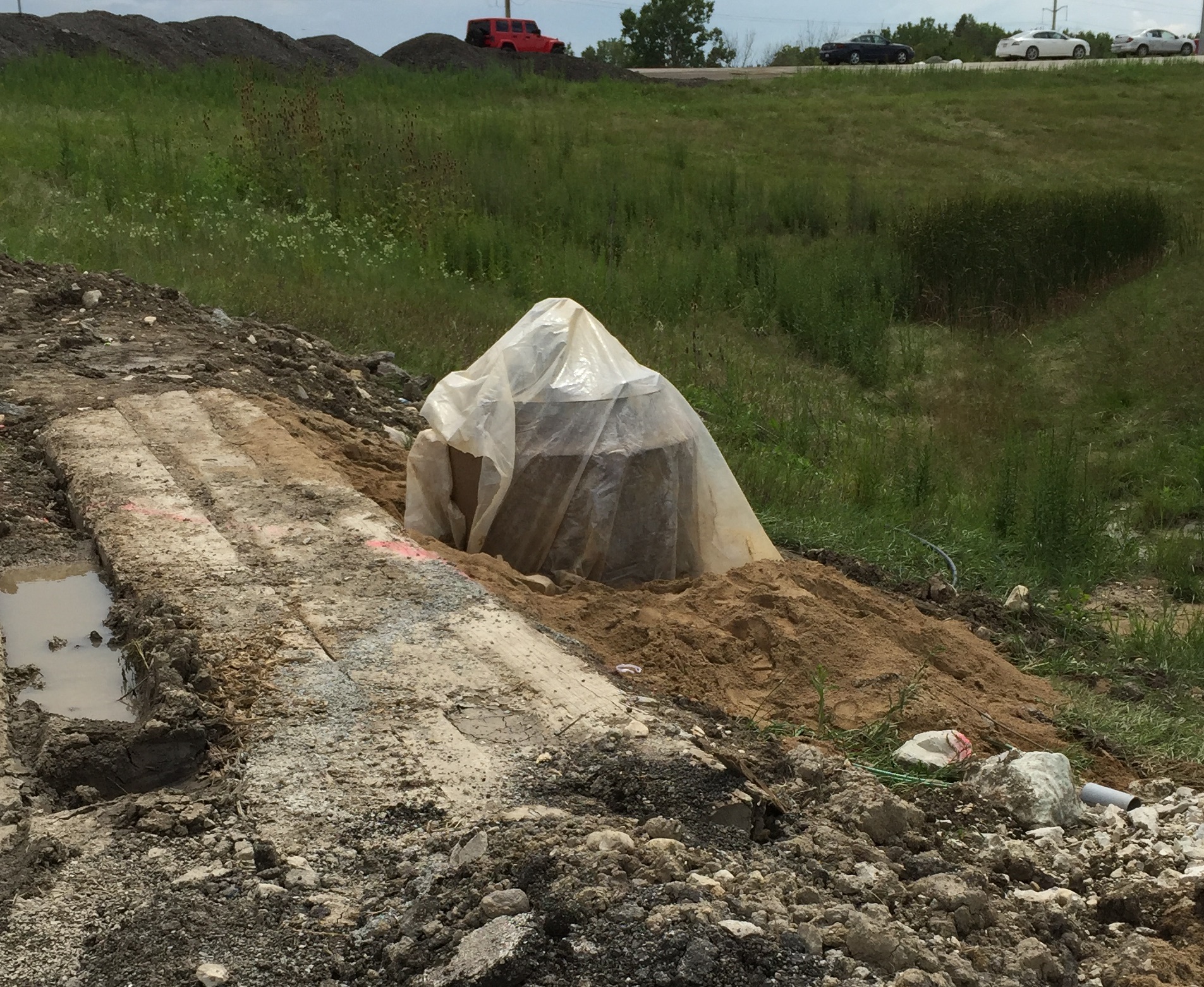 We talked it through, and as I usually find myself doing, I was trying to rationalize how it would work: So long as they buttoned up the plastic, it ought to hold enough moisture in the “tent” overnight. So I gave it a thumbs-up, just asking Ken to make sure that the guys wrapped it up nice and tight.

And there was the failure.

I walked back to my truck and got ready to pull away. Sitting in the front seat, I re-hashed our discussion and my pseudo-decision. And it didn’t’ feel right.

What if we got some shrinkage cracks in the top of the foundation? How likely would that be? What would the down-stream ramifications if that happened? Who would bear the responsibility if, say, 3 months down the road, a few shrinkage cracks developed? What would happen if the Bureau of Electrical Ops wouldn’t sign off on the tower because there were shrinkage cracks in the top of the foundation? The subcontractor would have said that we allowed him to waive the wet burlap cure for the first 12 hours and would have pointed the finger right at us.

OK, so I admit, I over-analyze shyt. It’s in my DNA. I’m an engineer, for God’s sake. I can’t look at a restaurant menu without checking to see if the margins are straight….

I failed to make the tough decision.

I failed to just stick to the facts and the spec’s and do what the book says to do.

I failed by letting my sympathy for the workers get in the way of making the right technical decision on how to treat the condition properly.

I failed by allowing myself to rationalize the waiving of a specification requirement.

I failed by trying to be the “nice guy.”

OK, so nothing fell down. Nothing would fall down. There would be no major structural catastrophe if we went ahead and waived wet burlap for 12 hours. This was most-certainly not a life-or-death situation.

But why did I put myself in that position? Why was I afraid of making the tough decision? Of saying “No.” Why was I concerned if the contractor, who diddle around with a foundation for 8 hours today had to stay longer because he couldn’t get his shyt together? That’s not my issue, it’s his! Get your house in order and then none of us need to be out here at 1700 hrs waiting for the concrete to set. Not my issue…

….but I made it my issue. And I shouldn’t have.

Here’s the lesson, and it’s a very simple one:

Never be afraid to be the a-hole who makes the tough, unpopular decisions.

Make the process of making the tough decisions part of your daily repertoire.  You have to practice: It is a skill.

Be brave. Don’t be scared about how you will be perceived. Make the decision that will allow yourself to sleep and worry about the fall-out later.

Is it a bad thing that, because of my knowledge base, that I have the ability to look beyond the black-and-white of a specification and break things down into their true elements so that I can make my own assessment of right-from-wrong? Or should I just mindlessly adhere to a specification because, well, That’s What It Says?

Here’s the Bottom Line: Harden Up! Don’t be afraid to lose the “Most Likely To Be The Most Popular Girl In School” award. That’s not our job. Our job is to get the job done right. Make the tough decisions when duty calls.

I’m going to start this article out with a question: How has your training been? Training? What training? Are engineers supposed to train? When is the last time you’ve been asked that question? Or, have […]

I know that I might be going sideways with this answer, but it’s my answer nonetheless: One cannot gauge income on $$$ alone, so even though statistics might point toward what you’d receive in your […]

In this article, I continue my series on methods for Resident Engineers to get a new project started. So far, we’ve done a lot of cursory job review & walked the site. Last week, we […]