If I’ve experienced any significant shift in the construction industry in the last 25 years, jobsite erosion control is on the top of the list. Mitigation of sediment-related issues has gone from what used to be an ignored, non-existent nuisance concern to an extremely sensitive and top-priority element of our construction projects.

I’m not going to make this a dissertation on the National Pollutant Discharge Elimination System (NPDES) requirements. I’m no expert. Knowledgeable, yes, but definitely not an expert. I’ll let you do your homework on the subject on your own time….

I can tell you, without a shadow of a doubt, that we have had to greatly increase our on-site diligence when it comes to dealing with erosion on construction sites. Let’s call it what it is: The federal Clean Water Act is law. And while I might have my own personal opinions about the increasing reach of the federal government in our lives, I’ll keep this post technical and deal with sediment, not government stuff.

I wanted to dive into an issue that we’ve struggled with on our last few construction projects that, for the most part, our construction documents have failed to give us any clear means of mitigating: Construction site-related suspended solids management.

It is typical on our Illinois DOT-type projects for the design engineers to develop construction documents that address the global issues of erosion control and stabilization. Pay items, plans and installation details of various elements are typical:

In Illinois, we are mandated to make weekly inspections of the erosion & sediment control elements (ESC) and have corrections made promptly. In my experience, we’ve had pretty good luck in getting corrective efforts made when we notice ESC deficiencies in the field. For the most part, we are paying for most of the mitigation efforts, even when they are corrective in nature, so when the contractor knows he’s getting paid for work (and not having to eat the cost), he is usually receptive to getting the work done.

But one of the areas that isn’t so clear (pun intended) is in regards to controlling sediment in the effluent.

Here’s the thing: The Best Management Practices (BMP) that are typically provided in our contract documents have the ability to mitigate “the big stuff.” Ground cover blankets, mulch & mulch binders do a fine job at keeping ground surfaces covered. Ditch checks do a fine job in controlling/slowing ditch flow to prevent scour of newly-constructed earth surfaces. We stabilize construction access points to keep tire flash off the active roadways. And concrete washout basins serve their purpose in not allowing flushed-out concrete waste from migrating.

But here’s one thing that rarely gets adequately addressed in Construction Documents – Sediment in the form of suspended solids in effluent. Designers try to account for it, but it is never addressed correctly.

Let me give you some trench-level insight: Dealing with suspended solids is an absolute nightmare. Call it like I see it.

Here’s are a few truths that I have come to learn over the course of the last 5 years of working on projects that have a mass earthwork component to them:

Truth #2: The rain is going to fall on exposed ground on your project

Truth #3: The runoff doesn’t care if you made it flow through silt fence, straw bales, rock checks, straw ditch checks and a rock-lined sediment basin – You aren’t going to get the solids to “fall out” like you think….

Truth #4: You probably don’t have the appropriate BMP’s specified in your construction documents to correct it. (Designers usually like to “…let the field guys to figure it out….”)

Here’s the thing: If you are the Design Engineer, you can prescribe all of the “control-the-flow” type elements you want. You have them as standards. You probably went to a seminar and learned about them. And we, in the field, will go ahead and install them. But once the runoff gets to it’s outlet, it’s likely going to be murky, muddy effluent. Maybe not as murky if it was allowed to flow the way Mother Nature intended it to with no ESC elements placed in its path, but, we’ve already spent thousands of $$$’s to try to stop it in its tracks and we likely don’t have clear water at the outlet. Mother Nature’s win/loss record is better than ours, believe me….

On both our Arsenal Road Interchange project and our more-recent railroad bridge construction project near O’Hare Airport, we had to try to control silty water. If you need a quick refresher from soils class, remember that silts & clays are the microscopic particles that, when mixed with water, become buoyant. They do not have enough mass to, when in motion, defy gravity enough to overcome water’s density in the time periods we need them to in order for them to be released offsite. Therefore, during construction, the particles remain in suspension.

Muddy water. Let’s call it what it is.

Let’s Look at Some Suffrage

Pictures are worth 1000’s. Here’s a few action shots of some recent real-life examples, just to put some perspective on things: 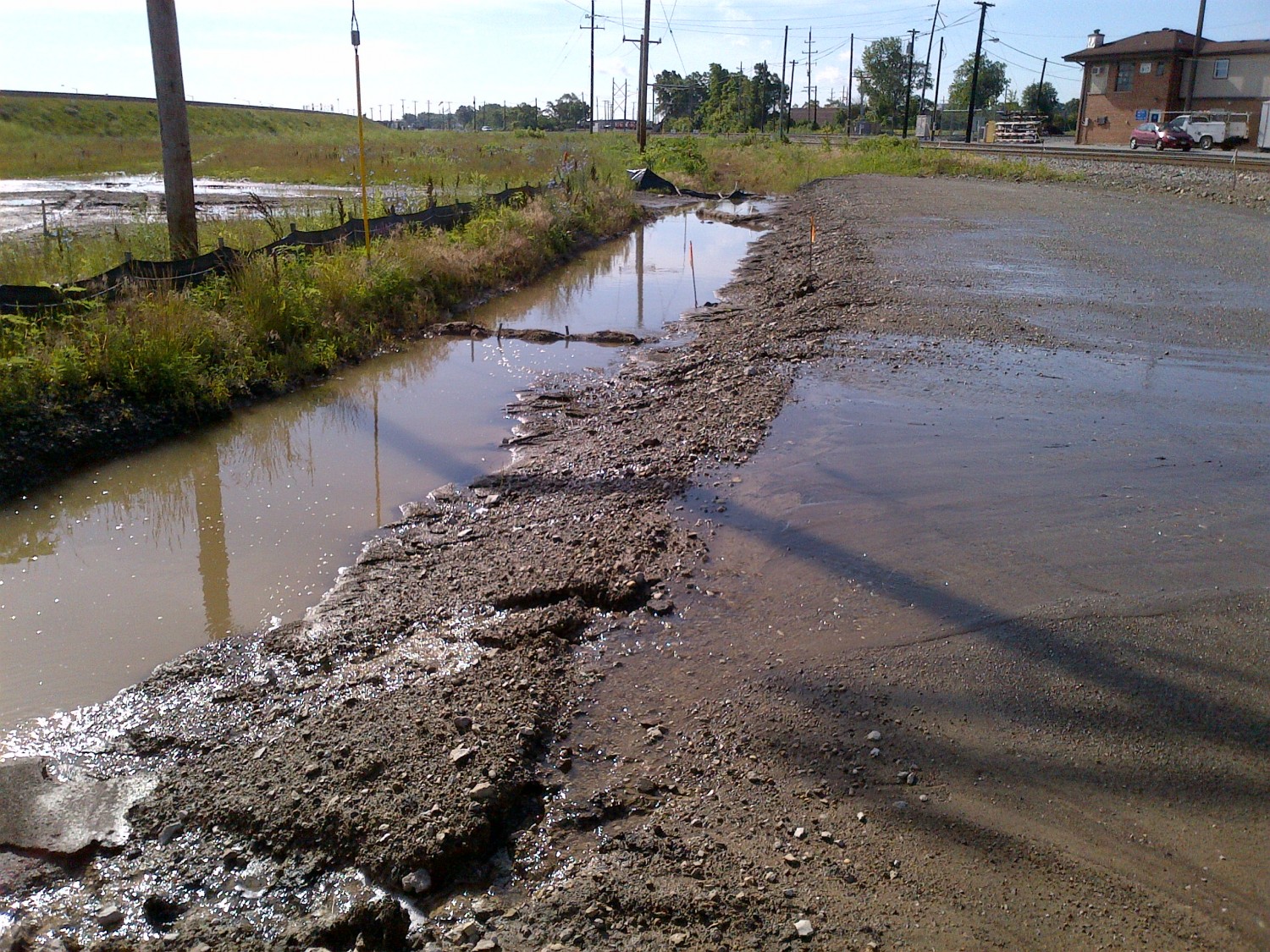 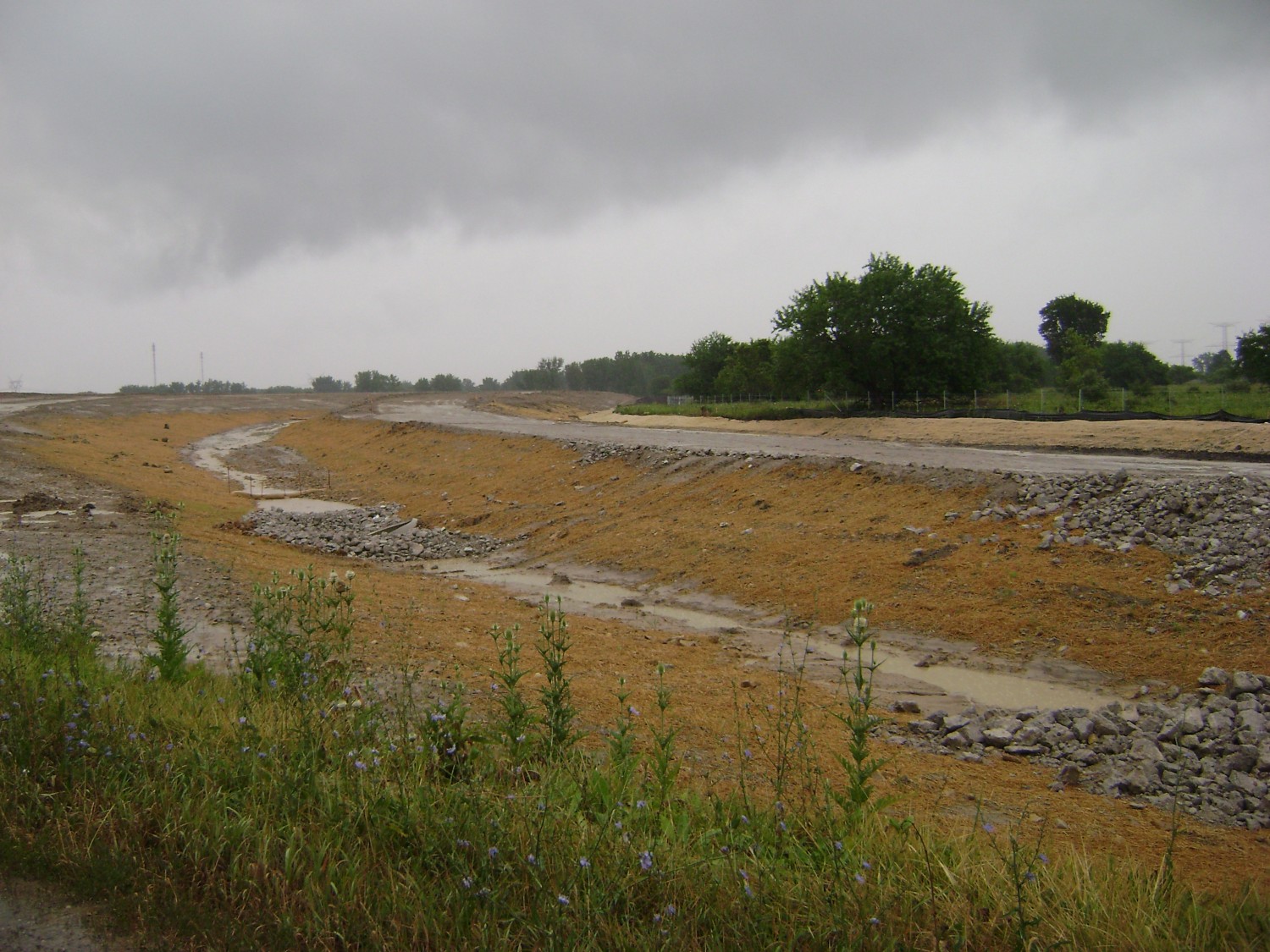 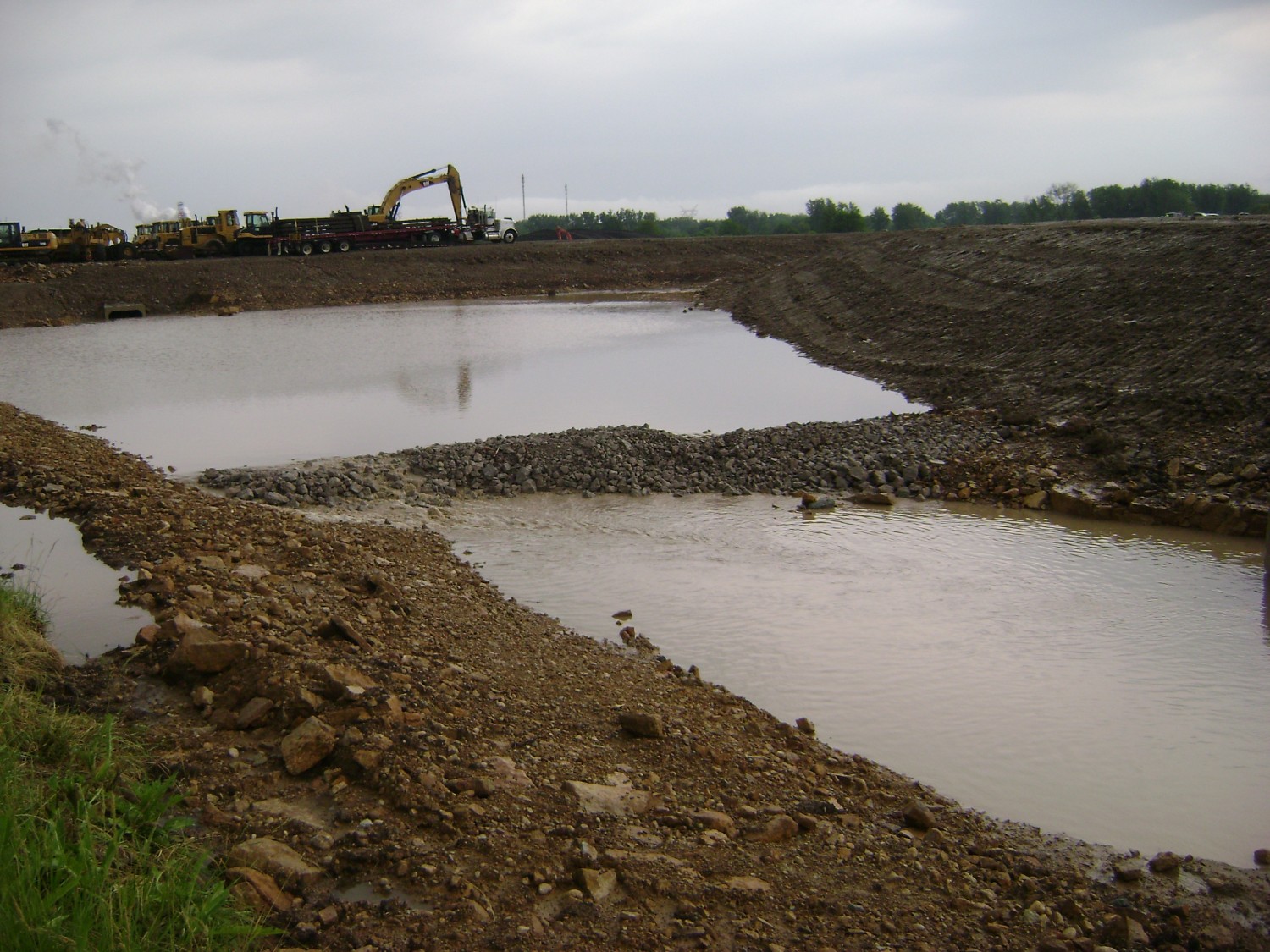 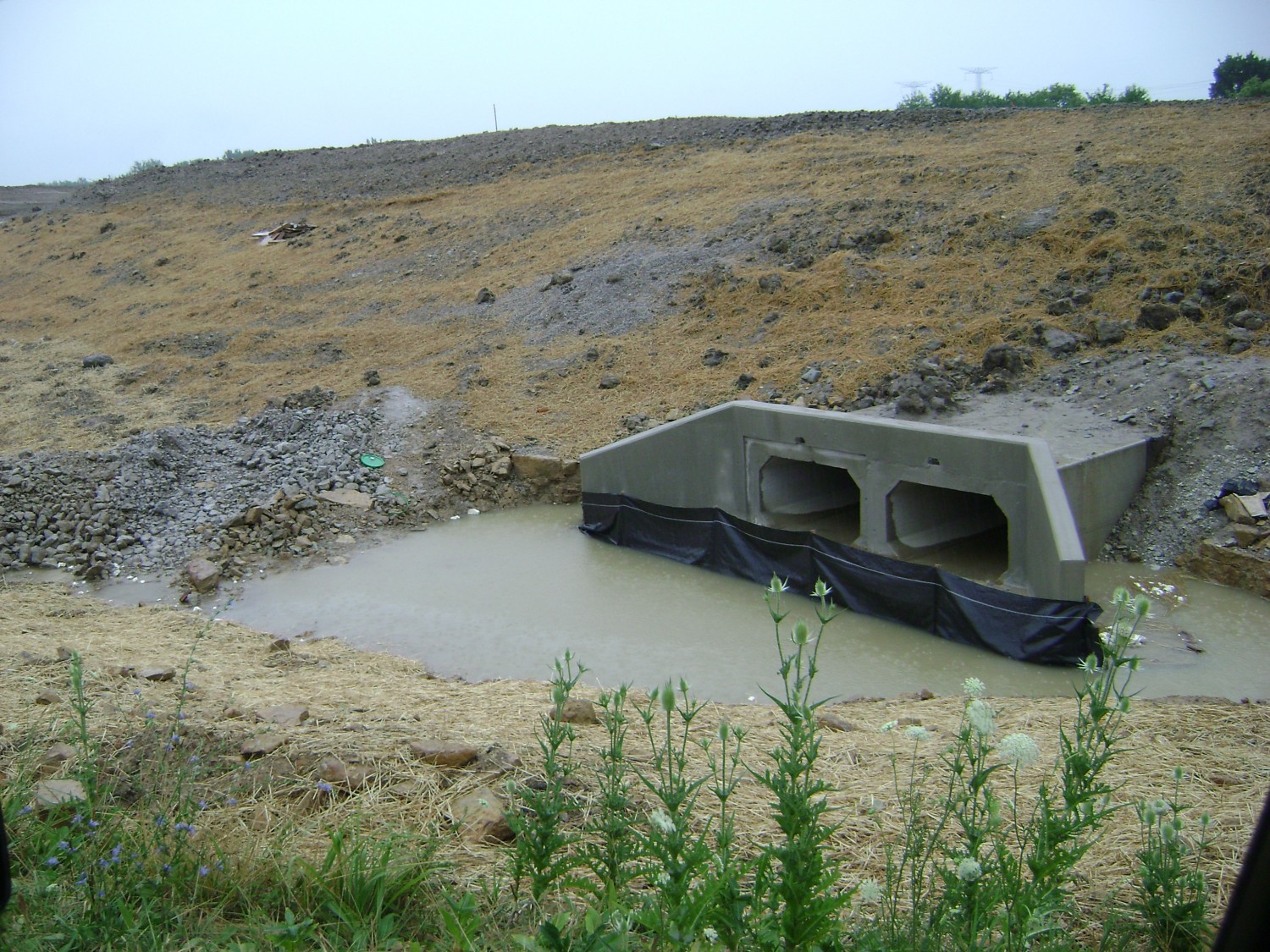 Here was the issue with these projects: Effluent can be corralled, channelized, have its velocity controlled and can be sent to a sediment basin, but, if the suspended solids are too fine, they will remain in suspension and never settle like you want them.

We tried, at Arsenal Road, in big settling basins, to give the effluent a place to try to settle. Guess what consistently happened: It rained. And what happens when it rains again – Not only do you generate new suspended solid-based effluent, but you agitate the sediment basin & stir-up what you were trying to initially settle out.

So, at Arsenal Road, in an attempt to attack the problem using ESC elements beyond what our Designers had prescribed in our Construction Documents, we tried to implement a unique solution: Stormwater Filtration

Can You Filter Stormwater?

During construction of the interchange, we built the permanent stormwater detention basins. One of the unique aspects of the project was the presence of bedrock: The project’s location was adjacent to the DesPlaines River, and rock was usually discovered just a few feet below the existing grade. Rock removal was required everywhere. IDOT ended up Authorizing over $2.5 million in extra cost to mitigate the higher-than-anticipated rock. And that’s a blog post for another day…..

As the detention basins were excavated, well, you guessed it: It rained. Precipitation on exposed rock surfaces generated a volumous amount of suspended solid effluent. Our drainage paths, through the project, exited overland to a nearby creek. We had to figure out a way to remove the suspended solids that were plaguing us.

So, in an attempt to remove the sediment from the stormwater, we explored, conceived & issued a directive to the Contractor to install a temporary stormwater filtration system. Basically, we installed a monster-sized swimming pool filter on a construction site. 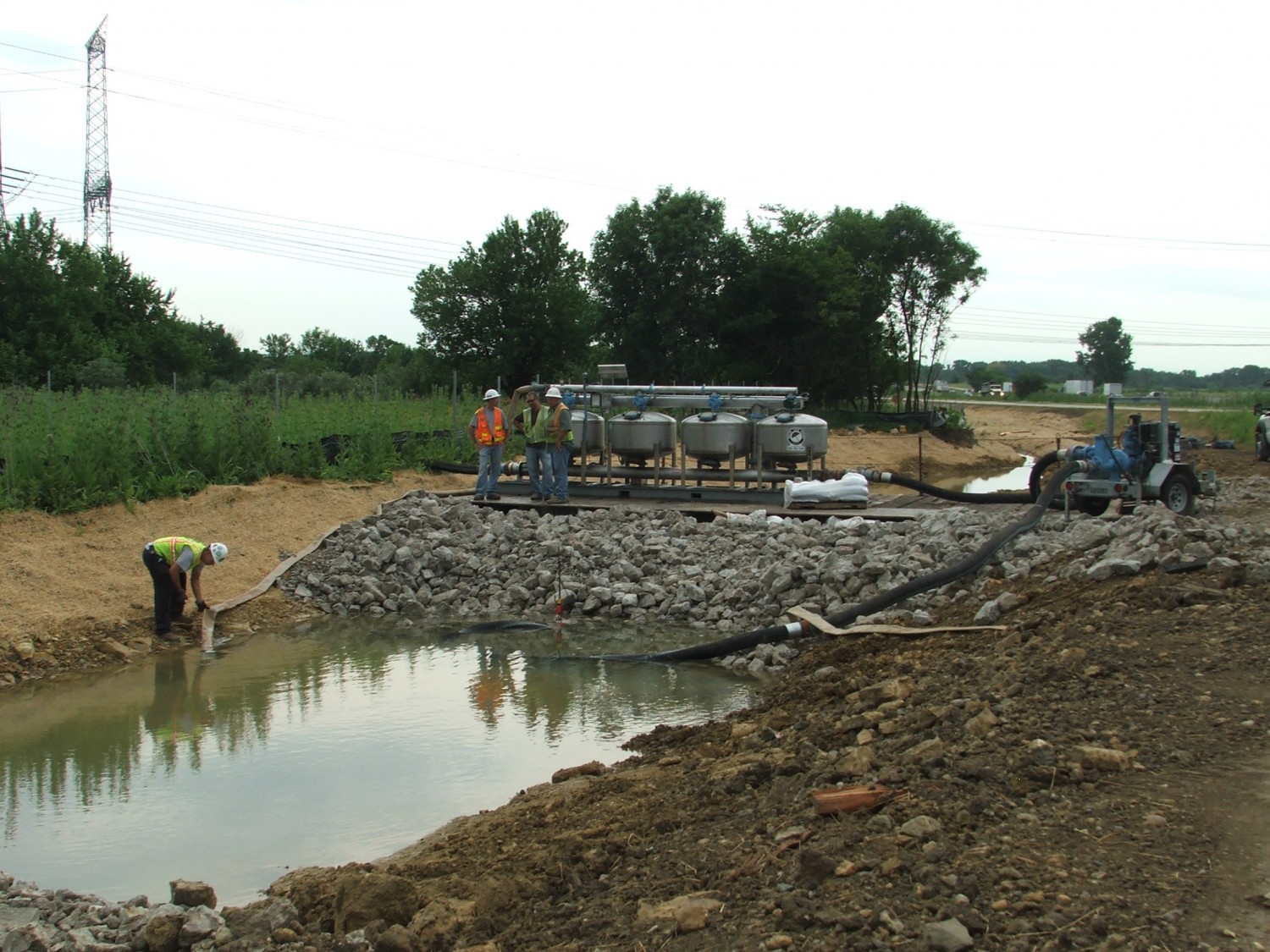 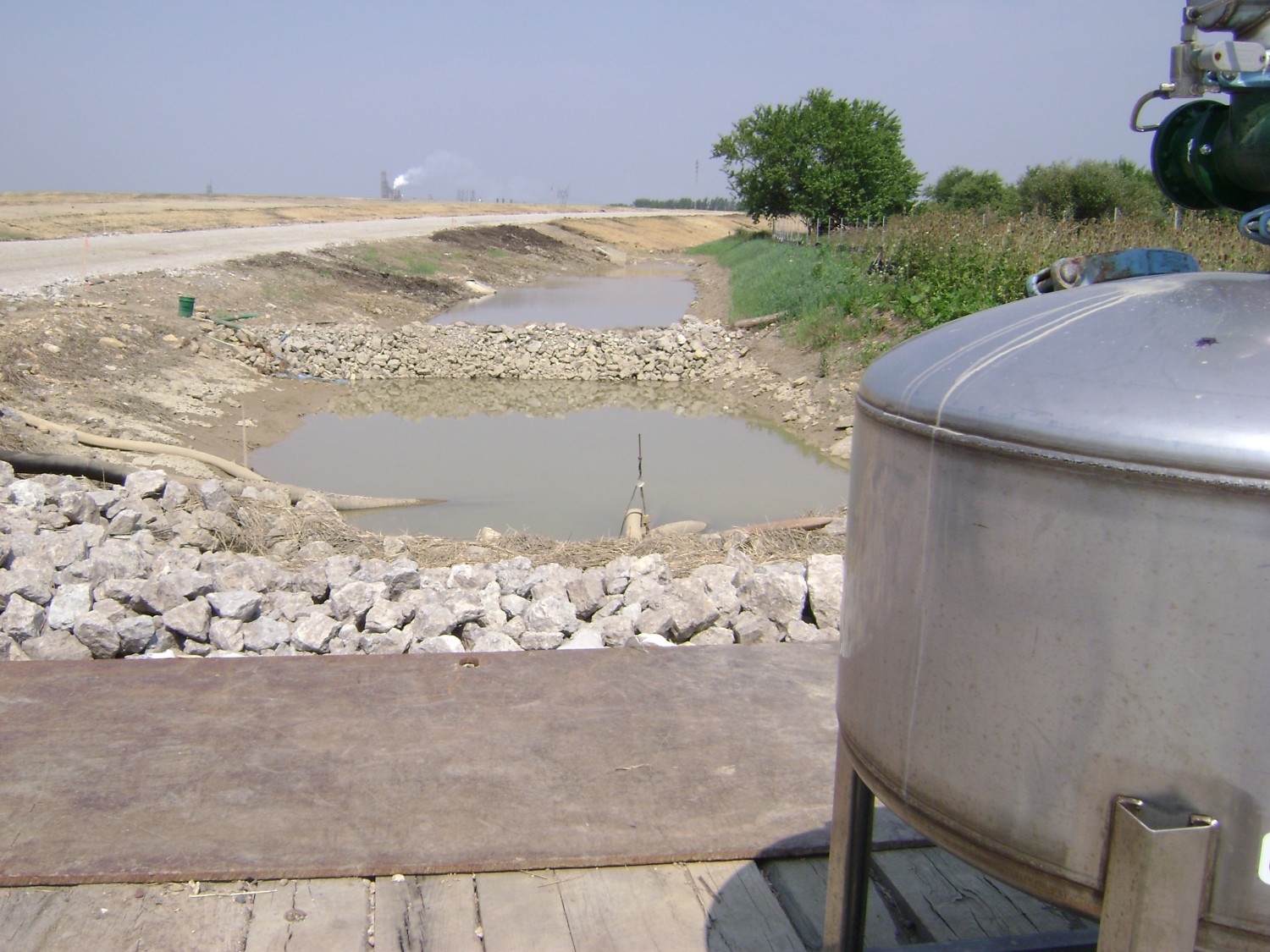 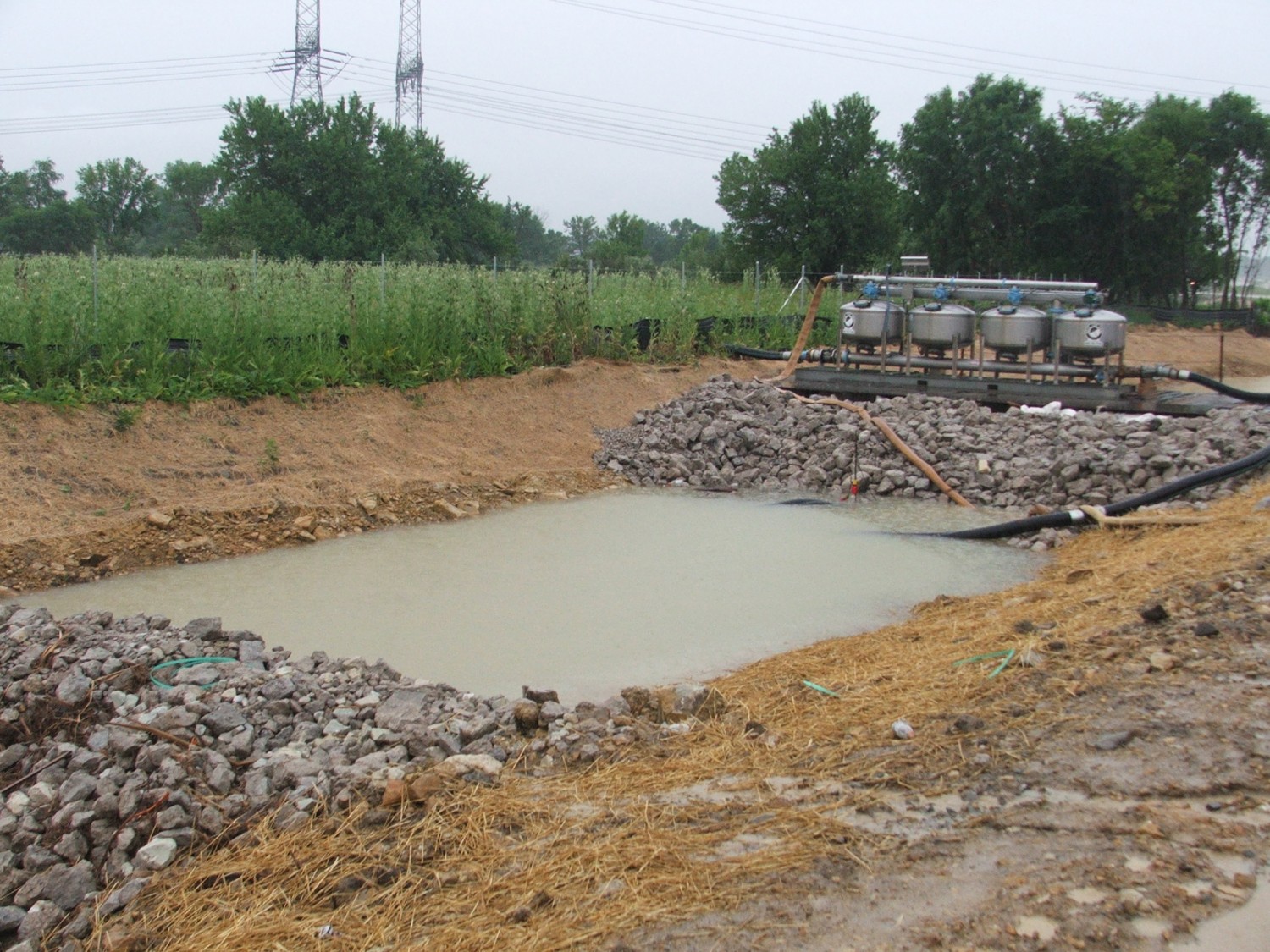 And lo’ and behold….

It didn’t’ work. It was a great effort. A great concept. But it didn’t work the way we had hoped. 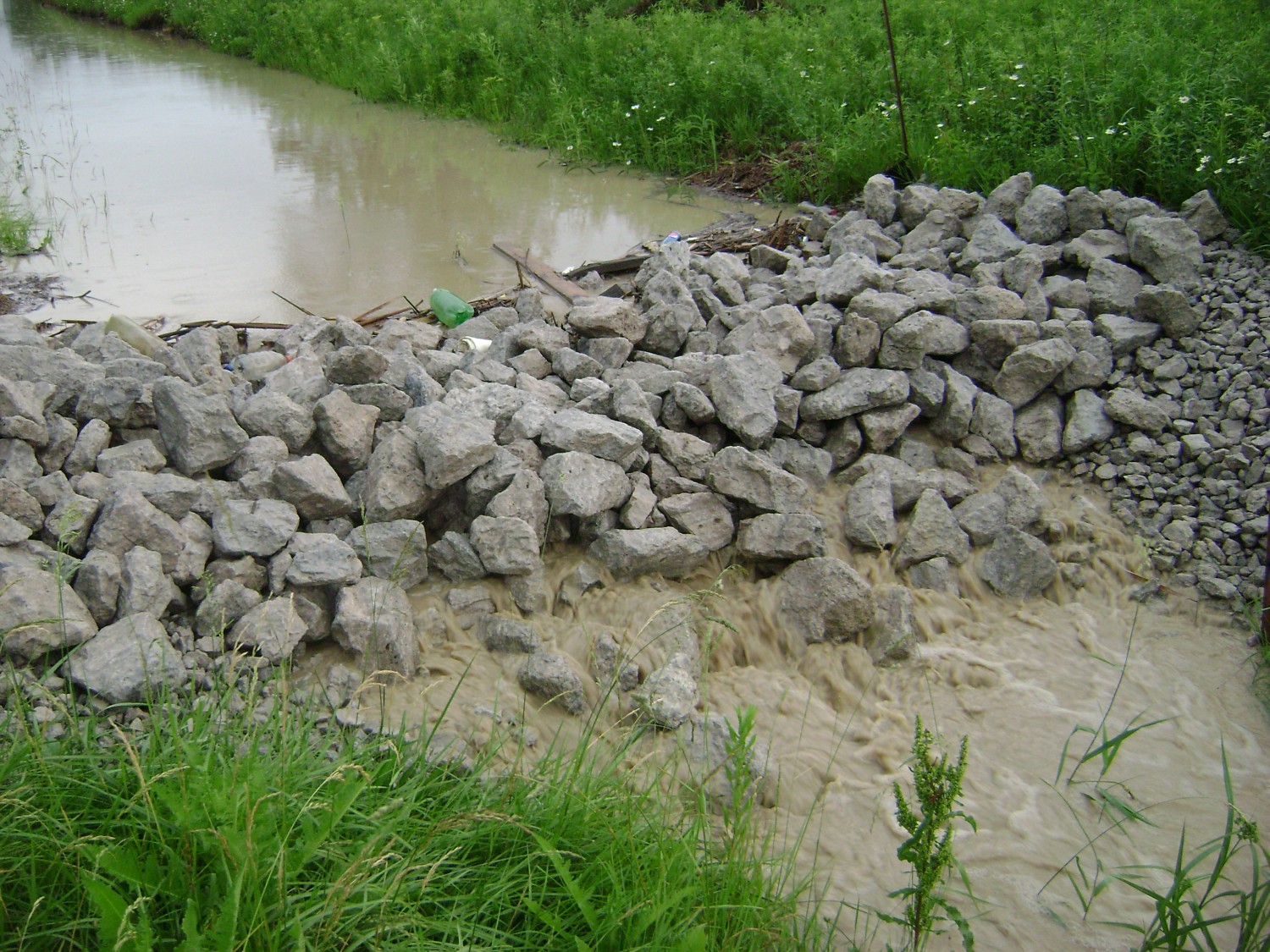 In my next post, we’ll dig into the details of what happened, what didn’t happen, and what we did to ultimately correct the problem.

Being a construction engineer is kind of like being an ER doctor or nurse – You never quite know what kind of challenge is going to walk in the door, but you have to be […]

I love the subject of leadership. As much as I like to geek out on technical calculations and engineering principles, I think that, as I age, I am finding much more reward in leading people. […]

In the heavy highway industry, we get the opportunity to work with a variety of construction materials and components. Concrete. Asphalt. Steel. Rebar. Aggregate. Soils. Sewers. Water main. Lighting & wire. Becoming an expert in […]